Google’s Android team has released the latest Android 13 beta version. Android 13 a new updated version of Android can be expected to be available in the market this month.

It is ready as per the developer’s side. Some of the Beta versions for testing this latest version are now available in the market from February 2022

It may expect that in between May 2022 Android 13 with its latest version be in hands of Users.

Android 13 Beta version shows a great impact. Users like the material type and the design icons that may use in between the apps. 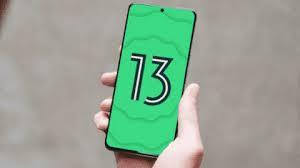 According to the sources, Android 13 can implement or provide tremendous features.

A device that can use Android 13 :

Following smartphone and series will provide the latest android 13 update with either stock android or custom android soon.

Android 13 can be awaited by the user now a day and its features in the Beta version and many more are tremendous and make our working life easier.

“Be ready to use – Android 13 with their latest features “

How to set up parental control settings on YouTube

The online platform increases day by day. Technology, which provides us with unlimited facilities but also some the drawback, is wastage of time. On Social media apps and Gaming sites, Kids waste a lot of time and be addicted and get away from their studies. YouTube is a trending app with a lot of videos […]

How to install and setup ReactJS on Windows 11

JavaScript provides an online open-source code in the form of a library. The main purpose behind using this library is to provide a new look and best-in-use user interface for users. Dynamic web-based applications are easily created in it. React is structured in a manner where less code is used to create a web page […]

How to install MySQL database server on Windows 11

MySQL is one of the most popular relational database management systems. It is a fast, reliable, multi-user platform. MySQL Server is mostly used by small and large businesses or enterprises. This is a great tool for learning about databases. It is developed, distributed, and supported by Oracle Corporation. This is easy to use and free […]